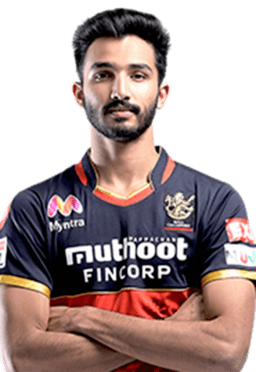 A 21 year old kid on the block from Karnataka, Devdutt is a left-hand batsman, who oozes class and confidence, capable of bowling handy offies. Devdutt was born in Edapal, Kerala, but his parents moved to Hyderabad when he was young before eventually settling in Bangalore. He made his List A debut in 2019, for karnataka in the 2019-20 Vijya Hazare Trophy, he was the leading run-scorer in the tournament, with 609 runs in eleven matchesPadikkal won the emerging player award in IPL 2020 Playing for RCB. he scored 473 runs in 15 matches for Royal Challengers Bangalore in his debut IPL season and without any doubt that was his dream debut for Indian Premier League.